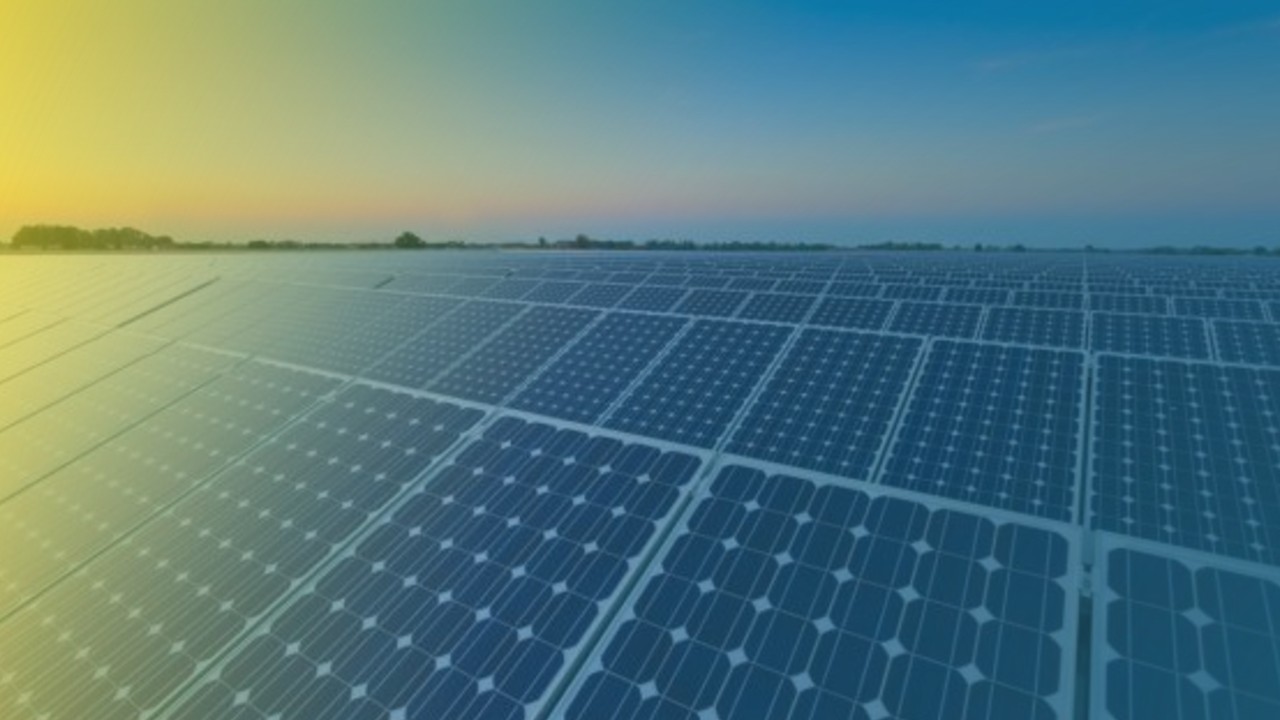 Largest Solar Project in US Underway in Texas

U.S. solar generation capacity is soaring. Construction began recnetly on the Samson Solar Energy Center, the largest planned solar energy farm in the United States. When completed, the solar farm will have 1,013 megawatts of generating capacity. This solar farm will be considerably larger than the 690 MW Gemini solar project with battery storage under construction outside of Las Vegas, which had been the largest project in the U.S.

U.S. solar generation capacity is soaring. Construction began recnetly on the Samson Solar Energy Center, the largest planned solar energy farm in the United States. When completed, the solar farm will have 1,013 megawatts of generating capacity. This solar farm will be considerably larger than the 690 MW Gemini solar project with battery storage under construction outside of Las Vegas, which had been the largest project in the U.S.

Invenergy is developing the Samson solar farm, which will span three counties in Northeast Texas near the Oklahoma border. The project will create an estimated 600 construction jobs and $450 million in tax revenue and landowner lease payments. Developers are planning construction in five phases, with a 2023 expected completion date.

Who will purchase the energy?

Corporations have already signed virtual Power Purchase Agreements (PPAs) for Samson’s solar electricity. “The Samson Solar Energy Center is the latest example of what can be achieved when companies and utilities seek an innovative partner to meet their sustainability goals and invest in a clean energy future,” said Ted Romaine, senior vice president of origination at Invenergy.

The largest share, 500 MW, will go to AT&T, which says it will be the biggest corporate U.S. solar deal to date. This agreement is a big step forward in AT&T’s goal to be carbon neutral by 2035. The corporation’s multi-facet plan includes transitioning to a low-emissions fleet, increasing energy efficiency, and purchasing carbon offsets.

In addition, Honda has an agreement for 200 MW, McDonald’s for 160 MW, and Google for 100 MW. AT&T, Google, and Honda have already been leaders in renewable energy use. According to the Renewable Energy Buyer’s Alliance Top U.S. Energy Buyers of 2019, Google ranks second, AT&T third, McDonald’s ninth, and Honda tenth.

Tech giants have helped lead the way with sourcing renewable energy, due in part to consumer and investor concern over dirty energy powering data centers.

Why do companies want to purchase solar energy?

Although consumer demand for sustainability might be a driving force, solar PPAs offer many other tangible financial advantages to companies. They allow companies to lock in their energy rates for up to a 20-year period, reducing price volatility. In some cases, PPAs also give companies access to a broader array of power producers than simply the local utility.

Renewable energy PPAs allow companies to scale up renewable energy procurement without having wind turbines or solar panels on their properties or needing to manage the assets. Some firms use an excessive amount of power and may not have adequate roof space in sunny locations to sufficiently power their operations with solar energy.

These agreements are also a very tangible and legally-binding way to demonstrate a dedication to using clean energy. Although many companies set rigorous goals for cutting emissions or sourcing renewable energy, signing a contract shows genuine action.

How many companies have made commitments to combat climate change?

According to 2019 data, 23% of Fortune 500 companies have made real climate commitments to be carbon neutral, using 100% renewable power, or meeting a science-based emission reduction target by 2030. These actions will have a ripple effect, causing changes in suppliers, government policies, and fueling the construction of renewable energy projects.

The research shows that global corporates are aligning their ambition to a new paradigm by setting science-based targets, powering their businesses 100% with renewable energy, and committing to carbon neutrality. This new benchmark of corporate climate ambition sends a strong signal across the economy about the level of decarbonization that is feasible and the speed at which it can happen.”

Corporate support is fueling the development of renewable energy facilities, like the Samson Solar Energy Center, because it lowers the financial risk of building such projects.

How can we help fuel the clean energy movement?

As consumers, employees, and shareholders, we can help encourage corporations to use renewable energy.

Typically, companies publicize their sustainability commitments on their websites and in press releases. Research which of your favorite companies have clean energy and climate plans in place. By voicing your support, you can help shape corporate action and encourage the transition to renewable energy.